As mention on Server merge rules topic posted by Hengli, everyone will go back in capital, al dungeon boss city will be reset.

This is not happenned for server 33?
Kryton13 play on server 14. And its seems normal.

Do you have any new expérience to share with us all ? Send picture, everything usefull for All. Thanks.

No, the only changes after the update were Dungeon resets... No boss resets, no merge features or anything of this sort.

That's very interesting, can you please show me screenshot of the map, or of the new map that we've been expecting? They probably merged 1-14 and 17-33 will be as scheduled on 08 Dec.
░░░░░░░███████ ]▄▄▄▄▄▄▄▄
░░▂▄▅█████████▅▄▃▂
Il███████████████████].
░◥⊙▲⊙▲⊙▲⊙▲⊙▲⊙▲⊙◤..
Top

Kryton13 wrote:
Ok so managed to log in and get the game working now. One big detail that i don't think anyone was expecting is that the VAST majority of the map is covered in mist and this mist is only allowed to be explored after time has passed. There is some near us that will take 3 days before it opens and some that is just 5 hours - so i think it is going to be about a week before the whole map opens up.

Bosses re-spawn, they are still amazingly easy and the rewards are nice but not a big deal.

Some of the explore mist region quests seem to be a bit bugged.

Nothing really exciting so far - will let you know if i find out more.

its verry good with the mist, give all a chance to fight for the important cities.
but. did they color merge? (all who was blue is still blue, yellow still yellow. or did they make one realm one color.. server 14 was blue. after merge all server 14 is orange ?

It appears that it keeps the same color that you were before the merge - on our server before the merge people scouted out the most powerful colors and then migrated. I think all our merged servers did this which is why there are only 2 colors with any powerful players...

Of course some of us told Hengli that this would happen....

Thanks.. yeah.. why they merge color/kingdom to color/kingdom is so damn stupid! there is no benefit for lilith doing it so.
merge 1 server to be 1 new random kingdom is a much better merge plan.. even you guys get alot more blod into the game tho. even it will be farmville in 3 weeks.. full fight first week. thats it... hmmm
I'm just a professional.. so let's have a map refresh each 8 week!
Server 56
"lets NERF NERF NERF! Everything is OP OP OP !"
Top

Is there any news for server 17.33 merged. Is it finished? Continu to share with us. I hope the new meta realm are very nice.
Hope LegendRhony from 33 will make à YouTube vidéo to share with us !

Thank you all for your contribution.
Server 38
Rakan
Top

Hoffman72510 wrote:
Can’t blame Lilith for your realm being full of selfish idiots. I’ve played on several servers where lots of us actively tried to keep the server alive by giving kingdoms/guilds time to rebuild. Personally I think 7 kingdoms is waaaay to many and regardless of what server it will always dwindle down to 2 kingdoms remaining competitive, from there it’s up to the remaining players from dead kingdoms to bolster the numbers of those two kingdoms to keep the fight going.

It’s pretty lame how many people all flock to the winning team, I mean wtf is the point?

That's like asking why play Jacques and play as dwarves, Only security in this game where their is a sheer lack of balance regarding certain heroes/races is to pick the side with the advantage.
Top

Mithica wrote:
No, the only changes after the update were Dungeon resets... No boss resets, no merge features or anything of this sort.

That's very interesting, can you please show me screenshot of the map, or of the new map that we've been expecting? They probably merged 1-14 and 17-33 will be as scheduled on 08 Dec.

If you look earlier i put a post, in this thread, with an image link. Thats how my server looks currently.
Realm 14
Faction: Neferak
House: 'The Autobots'
Player Name: 'Kryton13'
Race: Dwarf
Top

Launch date
About 6 hours in. 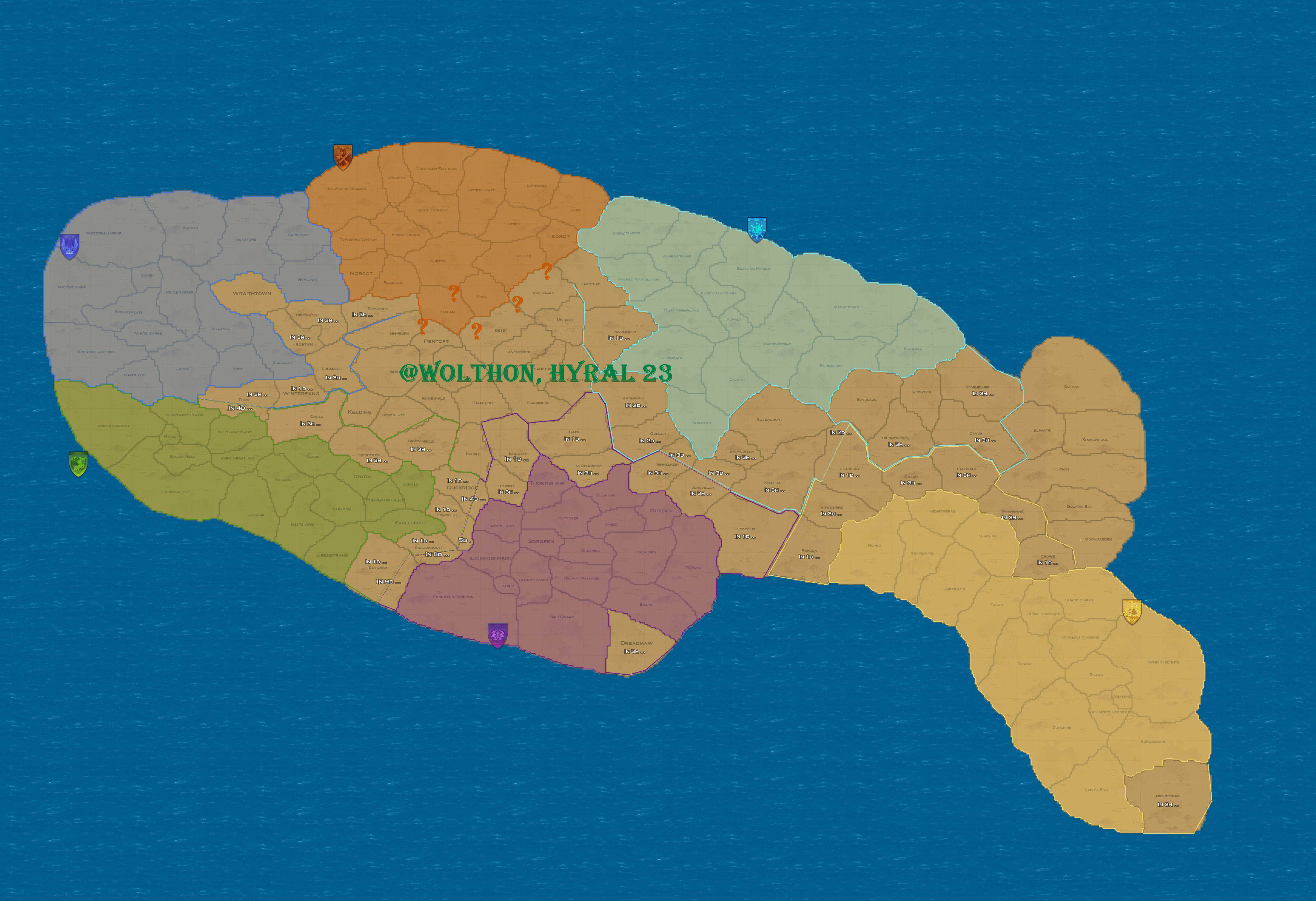 Wow Thanks Wolthon this map is a very good information for our understanding. Hey all. I recorded some info report for day 1 on the merged server. I was on realm 20 playing.
And seems that servers from 13-16 also merged, but separately from 17-33, did'nt find info about that on forum or any other place from developers.

Amazing coverage of the important facts Teo , thankyou for the quality video, they only continue to get better.
Work like you don't need the money, love like you've never been hurt and dance like no one is watching.
Top

Thanks for your time.
All, continu to give us informations to make this post usefull for everybody.