Can we please have the messages be longer? I can barely give out any messages to my guild members due to it being so ridiculously short (And only being able to send once a day) Also, why do I only get ability and stamina notifications, when I've put in on for all the others? 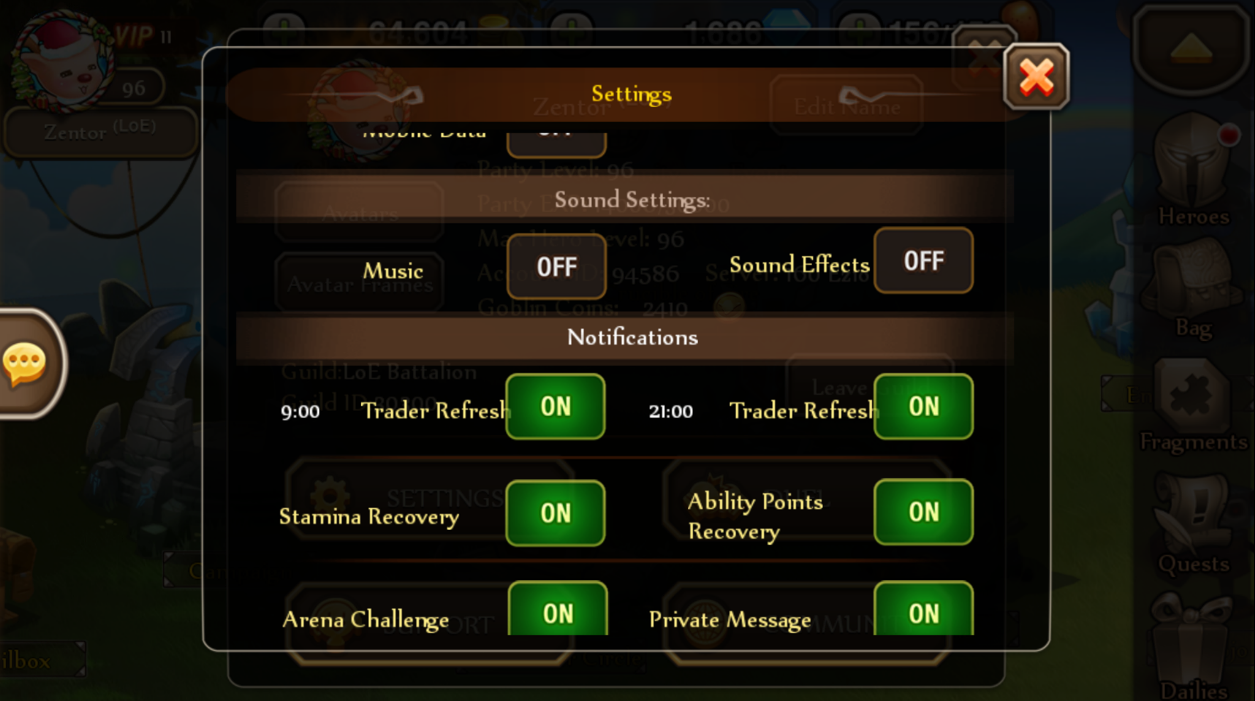 It´s true bro,the messages are too short,in clan chat i got to send 3 or 4 messages to respond to only 1 guy,it´s hilarious..
https://www.facebook.com/pedro.simoes.9615
Top

Bump.
Made a typo, fixed it
Top

We all know where this game originated or "inspired" from, correct? In case you didn't know or forgot, its from China.

That means the chat system was built corresponding to Chinese, and not English. For the in game chat, I believe the cap for one message is around 55 letters/alphabet/symbols/etc. In English, 55 letters is roughly 7-12 English words; in Chinese, 55 letters is 55 words. Assuming the font size is the same, which is likely NOT the case, but let's just assume it is for simplicity's sake.

So simply saying something like, "change lane for guild war" would cost you 25 letters/spaces in English, where as the equivalent in Chinese is 4-5 letters which is 4-5 words. For Chinese, one message can contain as many as 55 letters, which is up to 55 words. 55 words to convey a message should be do-able for anyone who's got enough education. Which means in Chinese, this chat is efficient enough to convey messages. For English, not so much.

Question is, since most top guild use Line or other communication app, why should Lilith even address this problem. In simpler terms, why fix a problem that will not increase their revenue?
Top

Yeah, Game must have a lot of improvement on messaging.
Not only chat, but guild announcements, guild message and make guild rules board (big one, to fit at least 3-5 rules, for arena for raid for mines, for daily food)
Top

I think:
- global and guild chat are ok, because of phones screen size;
- guild messages have to be long, like Arena's messages.

Out of simple codings, I give this suggestion:
Guild Wars rows have to have rules. What I mean is: setting up rules for joining a lane: X-Y rating; X-Y fusion...or just give a GM the chance to move/remove members' teams.
Top

Zi0iP wrote:
I think:
...or just give a GM the chance to move/remove members' teams.

That's simple but great thought! Both hands voting for it.
There is some abuse potential, but GM probably has right for it.
Top

I second that. We have a member who sends 66 heroes with an average of just under 26k. At some point he only feeds the enemy energy. Would be nice to make it so only teams with at least 35 can be send or something like that.
no more money from me
Top
Post Reply