Discussion of reworks and balancing

Discussion of reworks and balancing

Talkin' about ideas for buffs, nerfs, changing mechanics and etc. If you have smth for tell us, write down.
Our russian informative group "Soul Hunters | Info-Portal": http://vk.com/soulhunters_infoportal
Our russian wikia: http://ru.soul-hunters.wikia.com/wiki/S ... оссия_Вики
Last edited by TypicalRaven on Sat Nov 10, 2018 11:47 am, edited 2 times in total.
Shut up and find tea for me! Arigato)
Top

Re: Discussion of reworks and balancing

We understand that it is not in our competence to interfere in the affairs of Lilith Games, but we can’t allow the old characters to be forgotten. All that distinguishes the old from the new ones is a low increase in the parameters of attack, health and protection, inefficient mechanics of using skills, appearance...
Let us suggest the idea, how to restore the old heroes to their former glory. Now we will provide an idea of how to return Ethera. Also you will need to do with other characters.

They are the same as those of Ursula, but not ideal, so as not to disturb the balance. The minimum allowable health of such heroes as Ethera must be at least beyond 40K, but not more than 50K, in order to live longer and sustain the incoming damage due to lack of armor. It is recommended to increase the basic increase in health by 15-20 points to approximately each star level to compensate for missing health.
Attack. Ethera basically uses only a basic attack with a probable critical chance, but high-level tanks can ignore her damage; the basic attack has a rather slow pace. The best way out of this situation is to increase the physical attack growth by 2-3 points to each star level.
Physical armor. Despite the presence of a decent chance to dodge, at low levels Ethera has extremely weak armor, which at a maximum level barely reaches 1100. You can slightly increase the physical armor by two-tenths.
Abilities:
Event Horizon: With this skill, Ethera was extremely useful in any composition due to mass blocking of enemy fire, but she also has a number of huge drawbacks:
1) The ultimate skill can be interrupted by any control skill;
2) Ethera stands in one place;
3) Ultimate skill is not accessible to all opponents;
4) The allies also freeze in the dome.

What should you do:
1) Make Ethera immune to stun during the duration of the dome;
2) Allow Ethera after killing the enemy move to another enemy;
3) Increase the dome by 10%;
4) Allow allies to move in the dome;
5) Add a «Paralyze» skill’s effect to hammer attacks if it is open.
Paralyze: With this skill, Ethera could stop the onslaught of the enemy front both at the beginning of the battle and after him. But thus, Ethera subjected herself to a huge amount of damage and the risk of dying immediately.
What should you do:
1) Reduce damage taken by 30% while moving;
2) For balance, reduce the damage from Paralyze by 10%;
3) At the moment of stun or freeze, move Ethera back to the starting position.
Dimensional Shift: The skill increased the chances of dodging, which made Ethera effective in counterattacking, but still lack.
What should you do:
1) Correct the energy input from dodge;
2) Increase the chance of dodge from 2 per level to 2.5 per level (Total +250 on level 100).
Time Warp: At the moment, light control effects, such as slowing down, are losing relevance. Everyone uses either stronger control effects, or they want more damage from skills. We propose to replace the slowing effect by some of the damage inflicted by the basic attack on the area, but reducing the probability from 50% to 30% (+0.25% of the basic attack damage per level, 10,25% at level 1; 25% at level 60).
Wormhole: This awakening skill has made an extraordinary leap for Ethera in terms of avoiding magic damage. But due to how strong the heroes are, it's best to increase the absorbed damage by 50% (from +100 per level to +150 per level, from 10,000 at 100 level to 15,000 at 100 level).
Concerning the skin on Ethera - it is useless. Ethera has enough vampirism, and besides, we proposed to correct the second skill. We recommend to set the effect of slowing down from the fourth skill and extend it to four seconds. Then the skin will have a demand for use.
That's all.
Sincerely, Soul Hunters | Info-Portal! 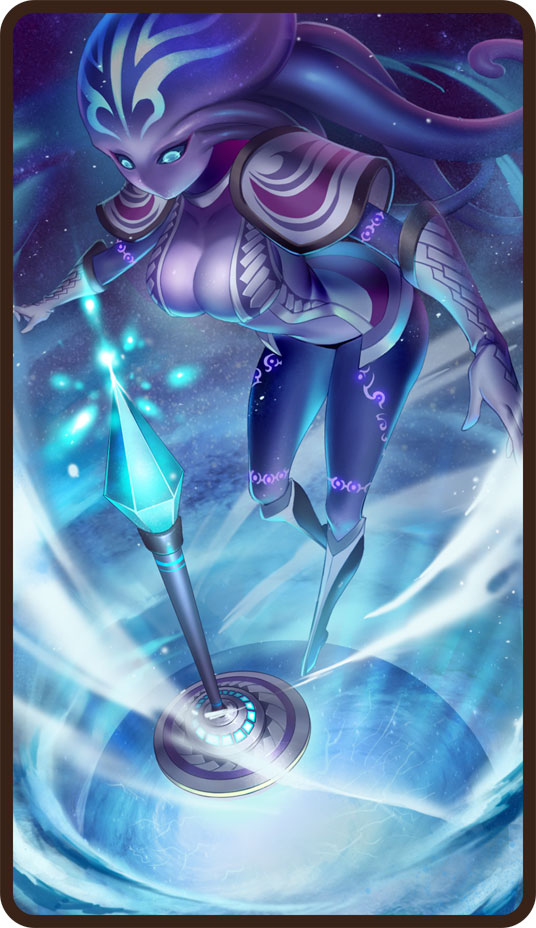 Shut up and find tea for me! Arigato)
Top Re: Discussion of reworks and balancing

no money to be made in reworks, so forget about it. new op cs hero's is what gets lilith income.
Top
Post Reply

Users browsing this forum: No registered users and 20 guests
×