DeusEx wrote:
Because your server doesn't know how to use good heroes maybe xD

No man we do know how to use good heroes in good ways..., I use Octo in COF and Epic Arena in very creative ways despite the fact the he is not given much attention in our server...

DeusEx wrote:
She is really great. But she should not be in the first team because well, a Taurus can kill her really fast

That and her damage output is very low (I believe)

DeusEx wrote:
I would put her in 3rd team, so if someone even reaches that team, they would have already used Taurus and she can pretty much melt the opposing team.

On our server players here like to divide up their power while defensing and Focus there power While attacking... you are right they will use up Taurus in earlier battles, however i can't say whether she can melt the team or not since i don't have her neither have i fought her. (I have in mines but in that case i have my best team)

DeusEx wrote:
You could O1 her already, she is great at that fusion

Yes we can but no one believes in her, players are waiting for Goram and Sylphi release and will not want to waste/Use resource on a gamble that she might be good.

DeusEx wrote:
The other cause could be your server is a big spender one and well, with all new big shots she may don't have a spot in their Epic, although she should.

Not exactly we have only 4 Whales (must get every hero guys) and around 12 Big Vips (not crazy on CS pulls), Is this considered Heavy?
Though i agree with all the new heroes players are definitely ignoring the old ones more and more but some heroes still prevail I still see a lot of Tanya's here and there even though she is not getting much good results for them.

Another Question for Zentor and You though
Q. If you still use her in HOL or Raids can you give me details on which teams you use her with? how much is her dmg and other useful facts.
[YOU AND I WILL DEFEAT THIS BUG TOGETHER.....]

NOBODY USES HER IN HOL, HUNTER.
Top

I have encountered her in arena at L100 and she has been very effective, both in surviving and dealing damage. Perhaps only two teams have her in the top 50, but she is doing the job for them. Hard to kill when fully enchanted at O2. Maybe HAcademy and forge boosted as well.
Top

HunterXHunter wrote:
Q. If you still use her in HOL or Raids can you give me details on which teams you use her with? how much is her dmg and other useful facts.

Zentor wrote:
NOBODY USES HER IN HOL, HUNTER.

So then what about Raids bro or is she just for epic arena?

ashOck wrote:
I have encountered her in arena at L100 and she has been very effective, both in surviving and dealing damage. Perhaps only two teams have her in the top 50, but she is doing the job for them. Hard to kill when fully enchanted at O2. Maybe HAcademy and forge boosted as well.

So then 2 guys per server is the limit i would presume.

She's one or more steps below these...but every hero is great in the right team!
Actually, I'm successfully using Aqua in some Single Target teams: even if his stats are bad, his kit is awesome in the encounters on my server.
Leah is the opposite: her kit is pretty bad but her stats are great ==> in some encounters she's top choices.

If you have to pick a pool of 20 heroes, focus on the best(add Bloodspear, Tholin and Ling for Raids/HoL, then).
If you want to keep 30-40 maxed heroes, she can be included for AoE teams with a good amount of protection.

"In WorstFinGamer's server everyone uses her". In his server everyone uses every hero and they rotate every week. If you look at his streams, top teams rotate their comps every few days. In end-game servers they have almost every hero maxed out and they keep changing teams to nullify counter-tactics.
I'm into an "almost-end game" server: 15+ level 100, full equip and enchant, full academy, at least 30 heroes maxed. Leah gets melted in my server's meta and everyone upgrading her regrets that.

TL;DR: viable for sure, but she needs to be into the right team and facing the right opponents to roll. Out of top 25 heroes overall.
Top

Kemosabe has been using Leah for quite a while. Players have become tired of attacking him.
He has shared a video with her here as well, if I remember correctly. She dishes out mad damage. 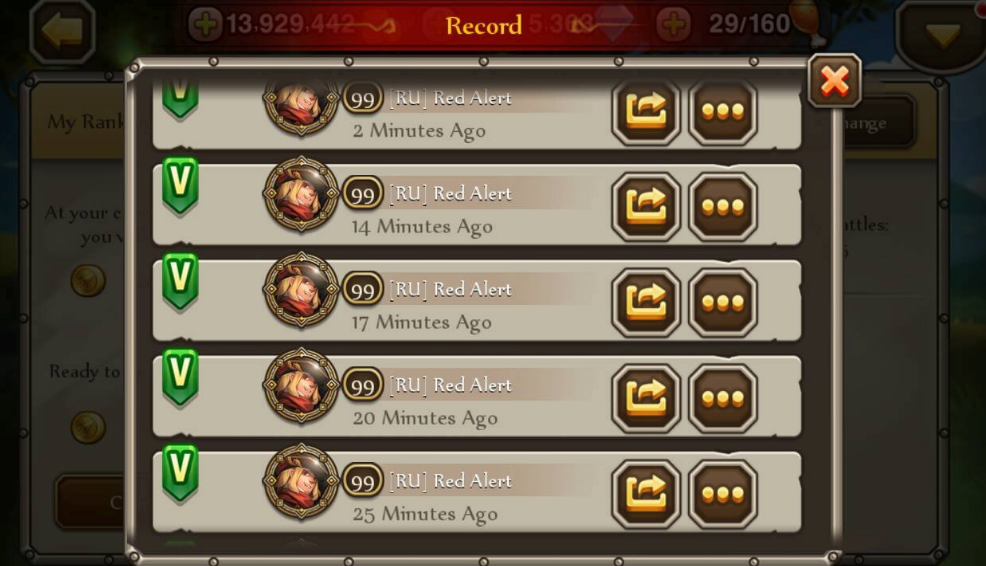 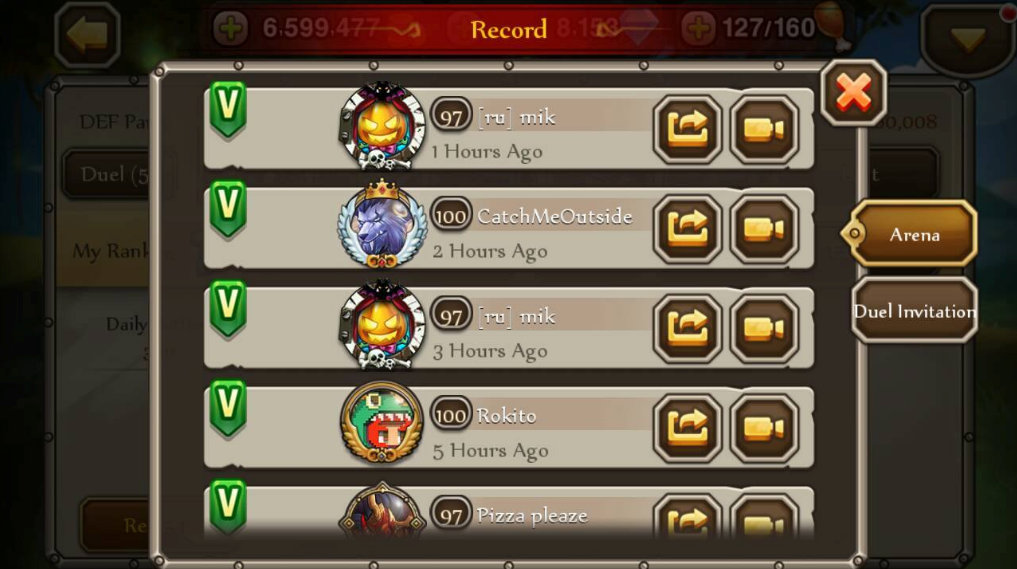 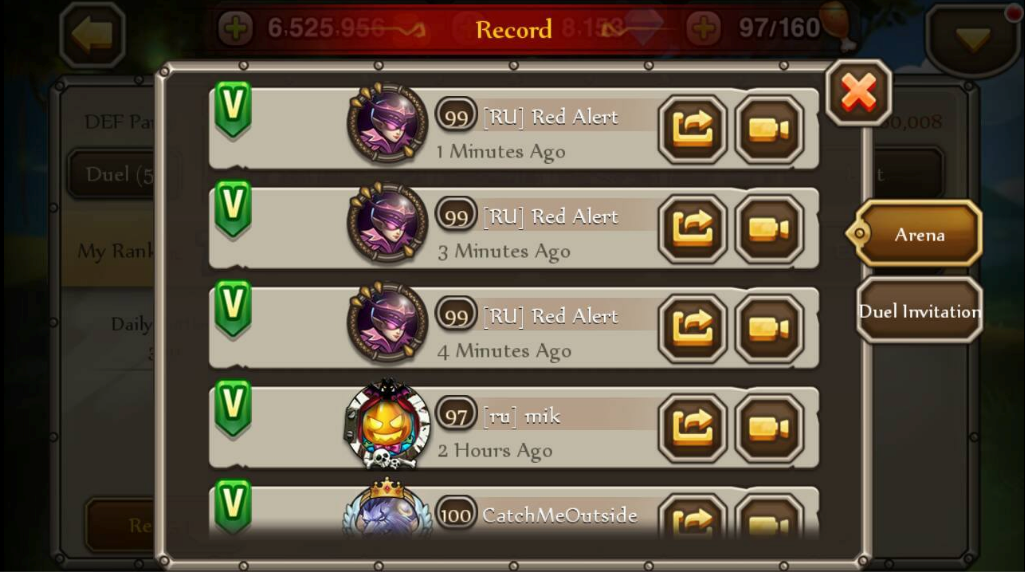 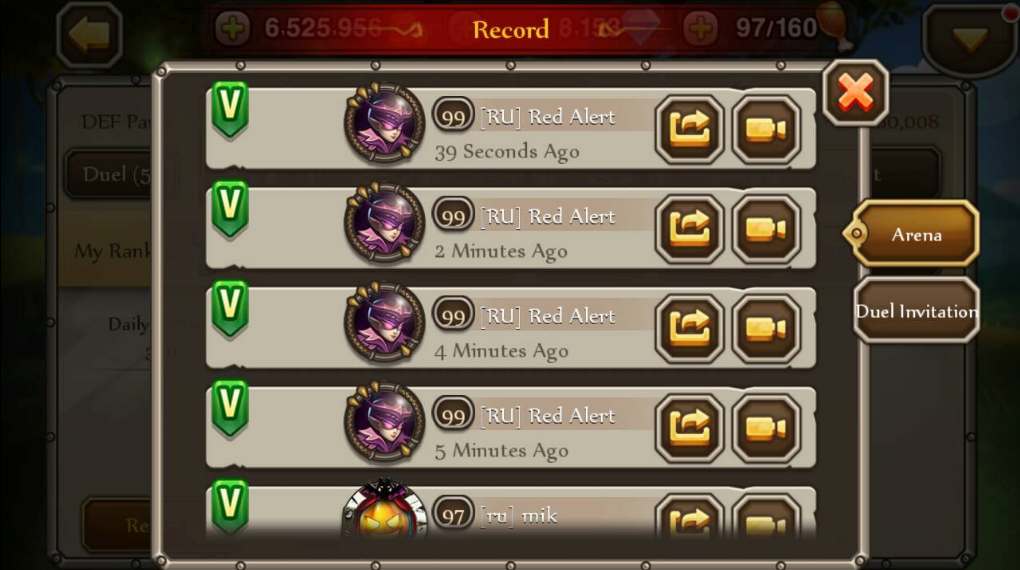 Leah is usually paired with; Xanos, Lumos, Tholin, Tanya, Taurus, Kaneq, Ezio, etc.
Obviously is not as versatile as Sylphi, but still strong, so I couldn't give less fucks about what your teammates think and how they oh regretted her so badly.
Perhaps your teammates need to lighten the fuck up and think for once.
Top

Yes I have been using her for quite some time. She is top notch in offense trust me, if you see the opponent has no counter you can destroy him very fast. In defense she is somewhat "easily" countered but still good enough for epic since you can make teams such that the opponent will have to "waste" his heroes to counter a specific team and then he will not be able to counter another team that would require similar counters.

But I understand that you may consider her usefulness in arena limited, she is useful but yes, limited. COF and Raids on the other hand? Hell no, she is a BEAST! I've gotten a lot of raid records thanks to her, and she dealt more damage than Sylphi/Zem/Goram in almost all of them. She is really, really good for COF. I actually recorded my COF run yesterday, I can show you if you want. It was 9 minutes with no healers (I charged jasmine and lingling but never used them), including swapping heroes between fights and 1 reset cause opponent's ethera got a ult off.

HunterXHunter wrote:
Q. If you still use her in HOL or Raids can you give me details on which teams you use her with? how much is her dmg and other useful facts.

HOL hell no, she is not good for HOL.

Raids, depends on the stage but usually something like: Zem, Leah, Taurus,Garrick/Sylphi, Ling Ling. Sylphi is usually better than garrick, but not always, so it depends on the stage and whether they have higher resistance to magic or physical. And by not always I don't mean that garrick does more damage than sylphi (although he does very decent damage despite being single target) but because his ultimate increases basic attack damage by 100%, and all damage from Leah comes from basic attacks. If there are more than 5 targets you will see damage flying all over the screen

In the stages where she is useful her damage is around 1.5-2M.

Here is an example of a raid record in chapter 16. I don't have many great examples since we only just reached 100 recently and the records are not yet very matured, most of them are from teams below 100, without all heroes fully equipped, that had good timing when engaging the stage. On this one Leah was actually the only hero that was fully equipped. Unfortunately i will still not be upgrading her...

My own conclusion from all this is that she is Good but not the best... I only want the best...

Zentor the only thing you have done is thrown a bunch of screenshot and insults to my comrades... I mean why are you getting angry bro (i am assuming because of the insults) i only asked you team formations... and details... and valuable information that you have gained from countless experience...

Kemosabe I will look into the videos as well when my internet gets stable again...

One more question for you guys
Q.Have you tried Goram in Raids? if you have then was his results not better than Leah?
[YOU AND I WILL DEFEAT THIS BUG TOGETHER.....]

HunterXHunter wrote:
Thank you Duex Ex and Kemosabe you guys have been

One more question for you guys
Q.Have you tried Goram in Raids? if you have then was his results not better than Leah?

Against many targets definitely not. Even Zem does better most of the time if they are densely packed. Goram has been better than zemfor hol though not just for the dmg but also utility especially on crusher
Top
Post Reply