Alex wrote:
Here's a fight with or without them. They didn't get killed so the fact they're only 3 stars doesn't matter.

The difference between 2 fight is only seraphine ulting twice.

Worst hero ever. Too bad we again had to spend so much to discover it.

I'm not saying her damage will be spectacular I'm just saying we need more evidence before we write her off completely. How does she fare against other teams?

Maybe she will find her way into a specific niche because like Renzalun said... everything about her looks good on paper.
Server: 145
Guild: Slappers
IGN: Guru 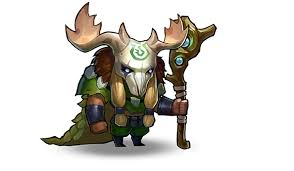 I agree with Alex. Very unworthy hero, currently. Wait until she is free.
Top

I agree with Alex. Very unworthy hero, currently. Wait until she is free.

I'm glad I didn't shell out for Li Twins. I have more heroes than I need now anyway, around 25 are maxed orange, most 5-6 stars, and have 9 of them at 7 stars. The only thing I'm spending diamonds on is heroic and stamina resets.

I'm still waiting for them to add any of the new heroes soulstones to the heroic campaign areas that don't award anything yet. You'd think they'd put a few there? Heroic ch 14 no less?
Top

Hi, I'm on a relatively new server (158), where most heroes in the Arena are still around level 55, and 3 stars. Li Twins is completely useless because while it looks good on paper, its healing and damage is at the very bottom. You may say, that it does two things at the same time so it doesn't deserve to be the best in both worlds. But the healing Li Twins does is just marginally better than Leon or Marianna. It's damage is right there with Lucius.

Because of its extremely low health/armor/magic res, it dies nearly all the time before it gets to use its ultimate. I was hoping for a hero I can use when I got the Li Twins, and it hasn't been useful anywhere. Currently sitting in top ten rank in our Arena daily, so I have tried to find a team to build around Li Twins. I believe this Hero is in need of some major buffs in order to be viable.
Top

Picked them up just to collect heroes
Top

Urion wrote:
My Li Twins are 5 stars and they are still useless.

Atleast you have that sweet avatar

SplashBro wrote:
Picked them up just to collect heroes

Exactly the same reason I picked them up. Was gonna take them to 5 for the avatar, but waited for all of the Urions out there to tell me if it's worth it.. they remain 3* haha
Top
Post Reply